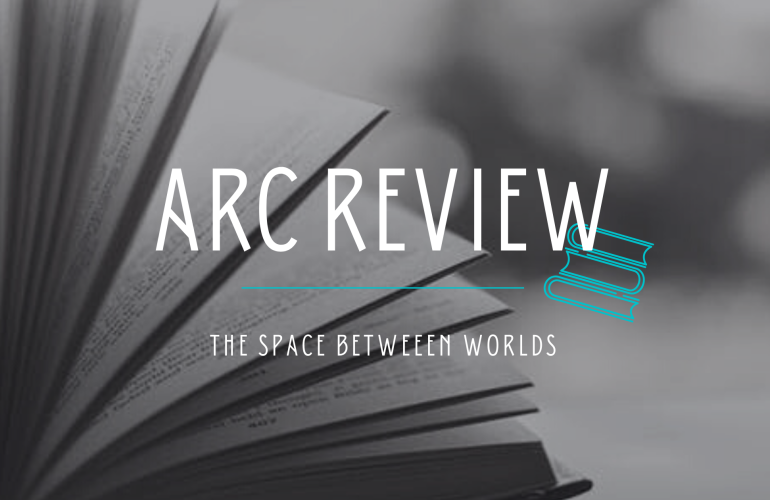 Title: The Space Between Worlds

I received a free eARC copy from Hodder & Stoughton, via NetGalley in exchange for an honest review. All opinions are my own.

The multiverse business is booming, but there’s just one catch: no one can visit a world where their counterpart is still alive.

Enter Cara. Of the 382 realities that have been unlocked, Cara is dead in all but eight

But on this earth, she survived. Born in the wastelands where if a basic lack of resources didn’t kill you, violence would, Cara is happy to reap the benefits of a job and a safe place in the city to call home.

But when one of her eight remaining doppelgangers dies under mysterious circumstances, Cara is plunged into a new world with an old secret. What she discovers will connect her past and future in ways she never could have imagined – and reveal her own role in a plot that endangers not just her world, but the entire multiverse.

This is a fantastic thrill ride. I adored this. It is utterly unique. It also has a very unique structure, it is split in four parts which each build to a crescendo, pulling you deeper into the world and the story, handing out plot twists and then a refreshing mini conclusion that keeps the pages turning.

It is filled with immense and detailed world and character building introducing us to the 380 multiverse, how we traverse, the political structure of those worlds, without feeling info-dumpy. We are carried through the multiverse having the details described as we follow out MC as she details her work and the excitement it brings, her past and why it makes her act, think feel the way she does. Cara, the MC, has a deeply flawed personality that she wears like a badge of honour. Her family relationships, her romantic mis-adventures and her love for her work are all detailed and exquisitely crafted, again just keeping the pages turning as I wanted to learn more. I loved learning about all the different worlds and what Cara’s place had been in them.

All this detailed descriptions are mixed with a plot that is not afraid to twist and turn at sharp angles, with reveals that made me gasp, changing all that came before, how relationships were built, how the world and its class system functions. It is just such an elegantly crafted plot which weaves in such timely social commentary on class, race, living with/through abuse, living with an addict, all of which the MC evaluates through her monologue with level of emotional detail and dignity that I found was easily translated for a reader that is privileged enough not to experience some of those issues. It perfectly melds the human stories into the entertainment of a sci-fi story.

The relationships that are built, rebuilt or explored are just fantastic, weaving there way though a high-octaine plot that is part mystery, part David vs Goliath. This is a total gush of a review as I can’t put into words how much I enjoyed this book. If you love sci-fi – go read it, if you love character rich stories – go read it. If you like books that have a power to their writing that leaves you thinking, feeling for the characters – read this book. Its just such a good read.

6 thoughts on “Arc Review – The Space Between Worlds”