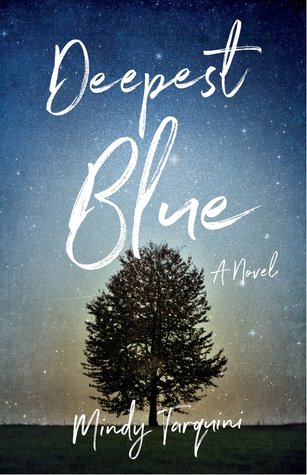 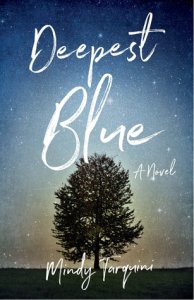 I received an ARC from SparkPress, via NetGalley in exchange for an honest review.

In Panduri, an enchanted city seen only at twilight, everyone’s path is mapped, everyone’s destiny decided, their lives charted at birth and steered by an unwavering star. Everyone has his place, and Matteo, second son of Panduri’s duca, is eager to take up his as Legendary Protector—at the border and out from under his father’s domineering thumb. Then Matteo’s older brother pulls rank and heads to the border in his stead, leaving Panduri’s orbit in a spiral and Matteo’s course on a skid. Forced to follow an unexpected path, resentful and raw, Matteo is determined to rise, to pursue the one future Panduri’s star can never chart: a life of his own.

Brigadoon meets Pippin in this quirky tale of grief steeped deep in Italian folklore and shimmering with hope—to remember what helps, forget what hurts, and give what remains permission to soar.

Oh I struggled with this book… I restarted it four times in total, getting to about 35% of the way through each time, before I finally managed to push myself to try and finish it (to be honest I still have about 20 pages left but they are probably not going to effect my thoughts).

This needed to be an epic fantasy over a novel. All the way through this book I have felt I had missed pages, hence the going back and starting again. I felt I was just missing so much information. I love books that throw you in the deep end and let you figure out the world on your own but there just wasn’t enough clues to piece the world together and get swept up in its magic. Midsummer plays an important role within the life of the inhabitants of Panduri, described as being where they reflect on there lives and their destiny. However, wither it was due to the layout of the ARC not clearly defining the passage of time in delineated sections or the story telling itself, we just seemed to fly thorough Midsummers every few pages. You would just be getting a little bit of story finally catching on to who these characters are and then boom its the next Midsummer,  boom something happened, then boom next Midsummer! The pace is so blisteringly fast that I found it hard to keep pace with the characters which is why I put the book down so many times.

For me the staccato nature of the characters narratives took so much attention that it detracted from my enjoyment. One particular instance that sticks clearly in my mind (as i read it four times) is the quickest form of insta-love I have ever witnessed and I read a lot of YA! One line a character is bemoaning his lot to his parents, just 10 lines later he is declaring his love to a woman that has not even been given a name or a description other than beautiful, a few lines later he is back defending his sudden finding of love and how that should not change his prescribed destiny. It took a lot of time for me to unpick the goings on while the reader was rattled around like a pinball.

The writing its self is gorgeous and I could see a magical, mystical world unfolding if we, as readers, were just given more time to explore and let ourselves be enveloped by all the marvellous sights and sounds instead of ushered through as a breakneck speed. The use of musical language as descriptors was enticing and the descriptions of the flora and fauna of Panduri, when we got them, were enchanting. I could have seen myself falling in love with this magical realm if I had been allowed to relish in the world-building. This book definitely demands commitment, the actual plot is quiet rewarding if you manage to follow and unpack it all. It is not one you can jump in and out of when you have the time.

Overall, I did actually enjoyed the book once I got into it. I would recommend taking some time with the book as the lyrical writing and the overall plot are worth it, but it needs time and your full attention.