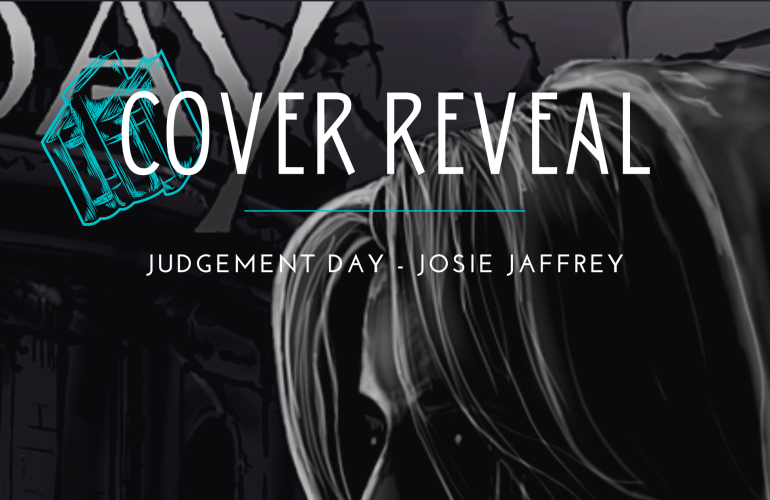 I have something so exciting for you today! I get to be part of the cover reveal for the second book in Josie Jaffrey’s Seekers series! I loved the First book May Day – you can find my full review here – in which we follow our main character, Vampire Detective (yes you read that correctly) Jack Valentine as she tries to pull her shit together while solving a gruesome murder, on the campuses on Oxford’s various colleges. (showing my age here but think Inspector Morse meets Vampire Diaries) . It was such a fun read and I have eagerly been awaiting book two.

Josie is the author of nine self-published novels plus short stories. She is currently working on a range of fantasy and historical fiction projects (both adult and YA), for which she is seeking representation. Ultimately, she hopes to be a hybrid author, both traditionally- and self-published.

After finishing her degree in Literae Humaniores (Classics) at the University of Oxford, Josie wasn’t sure what to do with her life.

She slogged through a brief stint working for an investment bank in London during the 2008 credit crunch, then converted to law and qualified as a solicitor specialising in intellectual property. She worked at a law firm for five years before moving to a UK-based international publisher in 2016. Whilst she loved law, in the end she didn’t love it quite as much as writing, which she now does almost full time.

Josie lives in Oxford with her husband and two cats (Sparky and Gussie), who graciously permit human cohabitation in return for regular feeding and cuddles. The resulting cat fluff makes it difficult for Josie to wear black, which is largely why she gave up being a goth. Although the cats are definitely worth it, she still misses her old wardrobe.

Josie’s book The Gilded King also came in 4th place in the 2020 Book Blogger Novel of the Year awards (BBNYA) which I have been so happy to be a part of and I am looking forward to 2021. She also designed the Cover herself which is amazing.

What is Judgement Day about …

Vampires don’t get happily ever afters.

Jack Valentine finally has her shit together. She has a great job, great friends (well, one at least) and a girlfriend whom she loves, even if she can’t work up the courage to tell her that yet. Unfortunately, she also has an arch-nemesis who’s about to punish her crimes in the worst possible way: by making her spend time with him. Which she could cope with, maybe, if she didn’t have problems at work as well. When the body of a human judge is found in a locked library, there’s no denying that she was murdered by one of the Silver – by a vampire – and the evidence points worryingly close to home.

If that wasn’t bad enough, some of Jack’s least favourite people are opening a new blood bar in Oxford with questionable motives. For Jack and her team, it’s becoming increasingly hard to separate allies from enemies. With conspiracies on every side, the simmering tensions in Silver society are about to come to a head. As usual, Jack intends to be right in the middle of it. She does like it when things get messy. Judgement Day is the second book in Josie Jaffrey’s Seekers series, an urban fantasy series set in Oxford, England.

Josie has a whole universe, or Silverse, of Vampirey goodness. you can find more information about Judgement Day, the Seekers series and the other series within the Silverse as Joisie’ s website: www.josiejaffrey.com

The Cover of Judgement Day

Isn’t it gorgeous. I love the purple. You can never have too many purple books in my opinion. I am very much looking forward to reading this. Again, Judgement Day is released on the 6th of May 2021 so you don’t have long to wait but you can pre-order Here

In full Disclosure, I have not been paid for this promotional piece. However, the author has provided some promotional swag to members of her Street Team. I have included my own honest opinions at all points.