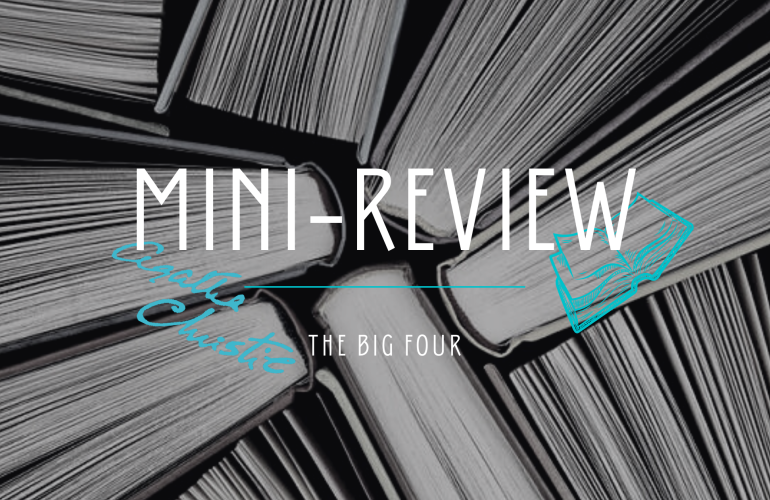 Framed in the doorway of Poirot’s bedroom stood an uninvited guest, coated from head to foot in dust. The man’s gaunt face stared for a moment, then he swayed and fell. Who was he? Was he suffering from shock or just exhaustion? Above all, what was the significance of the figure 4, scribbled over and over again on a sheet of paper? Poirot finds himself plunged into a world of international intrigue, risking his life to uncover the truth about ‘Number Four’.

This is an unusual one for Poirot. It reads rather disjointed and I wasn’t surprised to learn that there had originally been a collection of short stories written for various publications that went into the construction of this novel. It reads a lot more spycraft/bond esq than other Poirot books filled with conspiracy and mini mysteries that don’t entirely explain what is going on. It therefore has more of a thriller element, there is near constant action and as it is again told from Hasting’s perspective we get a lot more time of just Hasting investigating on his own. It also is one of the only books where I found the racial language (which was acceptable at the time of writing) to be a bit overwhelming and off-putting as a modern reader. Constantly having to remind myself that it is a very old book combined with the darker tone overall of this novel just makes a bit more grim than the more cosy mysteries of Poirot we are used to.

I can see why this one is not as popular as others in the Poirot series, however its still a fun read. At times it is almost scary how the similar the conspiracy theories Poirot investigates are to ones that are purported today. It shows Christie’s skill as a writer that even when cobbling together a few stories she still managed to construct a through line with an interesting and satisfying ending. Also Hasting’s is always a delight, he is stupid in the kindest possible way and I like Poirot, love to roll my eyes and sigh "Oh, Hastings!"

Leave a Reply to chelsea @ your bookish friend Cancel reply