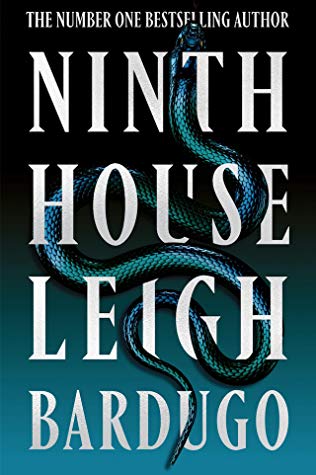 Galaxy “Alex” Stern is the most unlikely member of Yale’s freshman class. Raised in the Los Angeles hinterlands by a hippie mom, Alex dropped out of school early and into a world of shady drug dealer boyfriends, dead-end jobs, and much, much worse. By age twenty, in fact, she is the sole survivor of a horrific, unsolved multiple homicide. Some might say she’s thrown her life away. But at her hospital bed, Alex is offered a second chance: to attend one of the world’s most elite universities on a full ride. What’s the catch, and why her?

Still searching for answers to this herself, Alex arrives in New Haven tasked by her mysterious benefactors with monitoring the activities of Yale’s secret societies. These eight windowless “tombs” are well-known to be haunts of the future rich and powerful, from high-ranking politicos to Wall Street and Hollywood’s biggest players. But their occult activities are revealed to be more sinister and more extraordinary than any paranoid imagination might conceive.

This is Leigh Bardugo’s first Adult book and it contains scenes of drug use and addiction, graphic violence, sexual violence (one scene against a minor), manipulation and coercion. If you are uncomfortable with any of these topics this may not be the book for you.

I enjoyed this but I can see why it can be quite decisive for some. There is a lot of slightly unnecessary violence and a lot of it is used as simple character development that reads more as “she’s damaged” rather than “she is a survivor”. There is only one of these scenes that I feel really holds a light up to College culture but it is ”solved” with then swept away as the plot continues. These are probably my major complaints about the plot. Other than that this is a rather interesting murder mystery with an intriguing magic system.

The magic system was really interesting. We launch straight into dark and creepy magic and the way it works within the different houses is fun. I wish we had focused more on each of the houses and how their magics differ. The setting within Yale really made this. As someone that is not familiar with Yale itself I found it difficult to separate the real from the fictional. I found it quite atmospheric.

I actually liked Alex, and loved Darlington. I liked Alex’s arc, her mix of imposter syndrome that ebbed and flowed throughout the book, her futile attempts to reinvent herself at university (which we all try) and her accepting that maybe her way is ok for now is a realistic growth. While she is powerful she isn’t overpowered and cant suddenly save the day she just muddles through with her little knowledge and a lot of help. I would have liked a bit more characterisation for the secondary characters as what little we did get made me want to know more. I wanted more about the houses and their members, how they work but I am sure that will happen as the series continues.

Overall I enjoyed it. I wanted a bit more but I will happily continue with the series.